And what a week it was! Redistricting listening session, voter outreach, Women’s March, all in Grafton County! Here is the GCD’s latest newsletter. https://mailchi.mp/ba9dbbfb800b/end-of-july-10451992.

If you enjoyed it, you can sign up for it here: http://eepurl.com/gCr-75

Thanks to co-organizers Nancy Graham and Kari Millstein for bringing us together on the Lebanon Green for the Grafton County Women’s March this Saturday.

Over 100 people showed up despite the threat of showers and listened to our local legislators read letters from Senators Hassan and Shaheen, and Congresswoman Kuster in support of the Women’s March. Rally goers were invited up to share why this event for reproductive rights and abortion justice was so important to them. Their stories were powerful and spoke to the personal and generational impact anti-abortion laws had had on themselves and their families long after.

Watch Christian Avard’s short video of the march around the green. 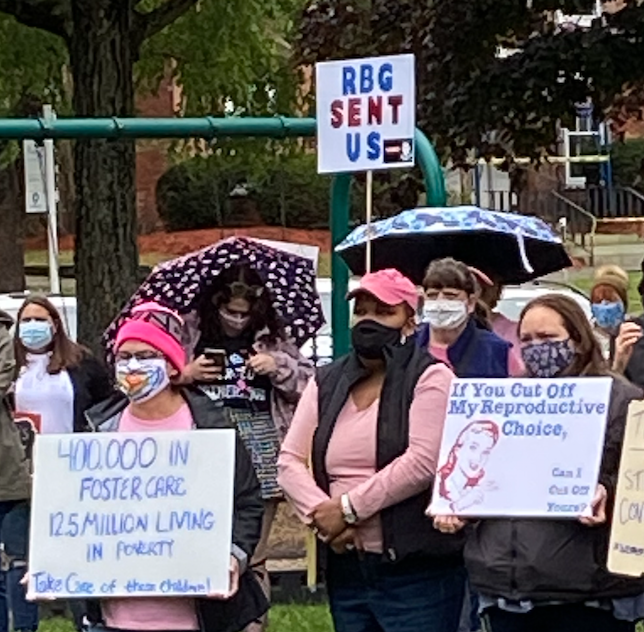 Grafton County welcomed members of the Special Committee on Redistricting to the County courthouse on Tuesday.

Thanks to those who held signs out front and to those who offered testimony. It was a tremendous group effort.

Open Democracy,  a non-partisan not-for-profit group,  also brought some of  their new FAIR MAPS. Below is the link to their material. Scroll down to see the comparative maps 2010-2020.
http://gencourt.state.nh.us/remotecommittee/redistricting/showtestimony.aspx?&id=96685 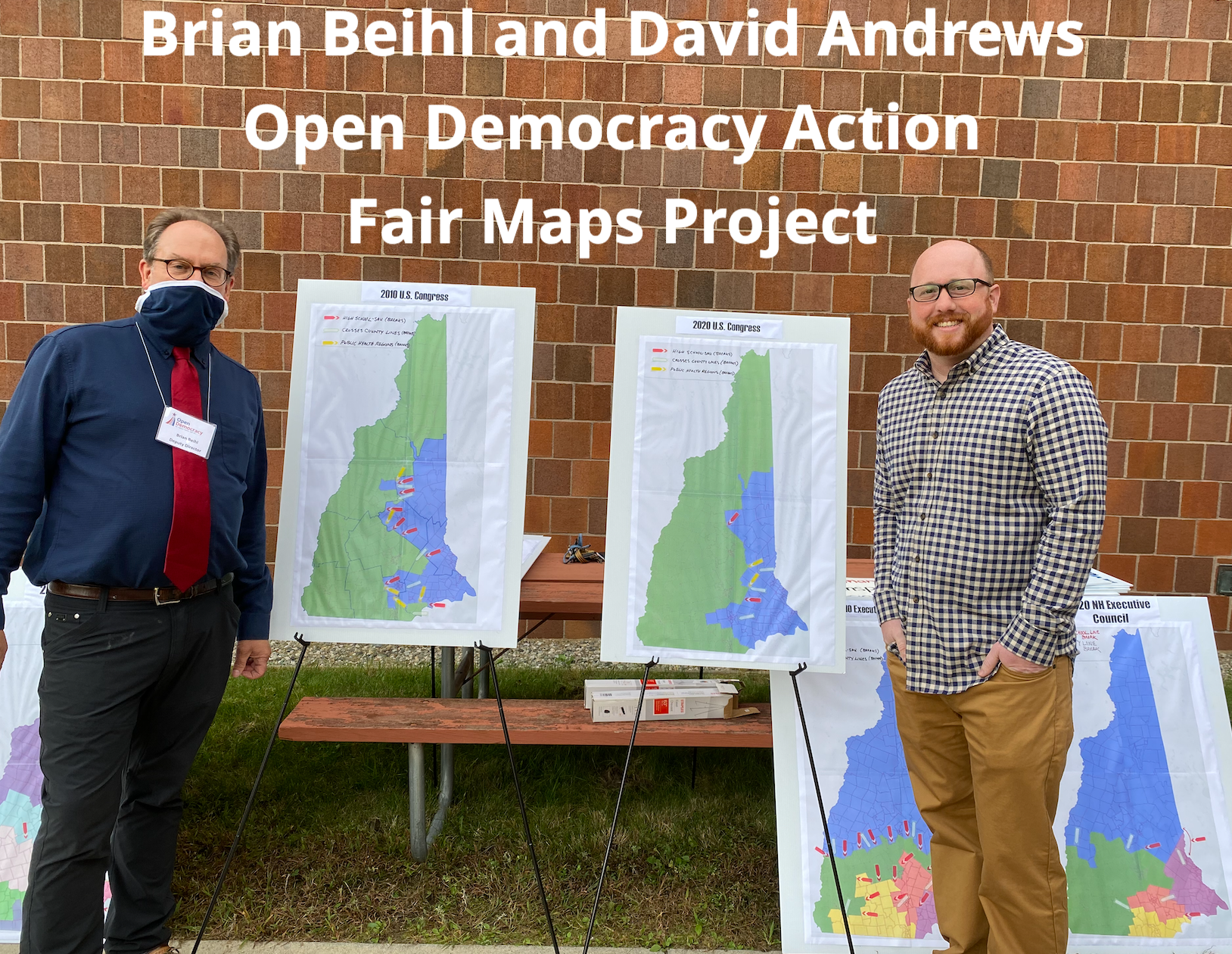 You can listen here to the testimonies of Grafton County residents; it starts at the first testimony: https://youtu.be/AeC6IKny_Pg?t=858

Then on Thursday, the Redistricting Committee had a committee meeting where they discussed the pros and cons of the ideal number of representatives and the challenges of redistricting when city wards have not yet been finalized. David Andrews of Open Democracy Action presented the method he used to maximize the number of single-town districts as required by the constitution. Here is the InDepthNh article:
http://indepthnh.org/2021/09/30/restricting-committee-sets-house-seats-at-400/

ACTON: Email the Special Committee on Redistricting members, and ask the Committee to hold another round of hearings AFTER maps are drawn for the public to react and offer input directly to the committee.
Group email:
HouseSpecialCommitteeOnRedistricting@leg.state.nh.us
Or list of committee members:
http://gencourt.state.nh.us/house/committees/committeedetails.aspx?id=1532

The Voter Outreach Committee of Grafton County Dems held a workshop for participants in their deep canvassing project. Meeting at Lakeside Park in Enfield, a dozen people reviewed canvassing strategies to reach infrequent voters and practiced conversation in role-playing exercises.

The pilot project is underway in Enfield,  Canaan and Lebanon this fall, aiming to develop a model for voter engagement that can be used throughout Grafton County in the future.

This was the fourth workshop for the Voter Outreach team. The first two workshops were on Zoom, and the third and fourth were held outside under the new Lakeside Park pavilion in Enfield.

Thanks to the team led by Martha Rich, and the many volunteers who showed up in all the workshops!

Back to the Strafford County redistricting testimony from last night and our retired UNH professor who wrote software that not only fulfills the constitutional requirements but minimizes the number of towns and wards not given their own reps. Powerful! It’s a Youtube clip, about 8 minutes long and is shared from the start of his testimony.